How to boost your team’s immunity to conflict: Step 2 of 5

Destructive conflict is often rooted in perceived incompatibilities between team members. By bring proactive and surfacing these upfront, when the pressure is off, managers can inoculate teams against future blow-ups.

A second exercise to rethink conflict

In our last brain circuit we looked at questioning our first impressions of people.

But clashing behavioral norms and misjudging others for having different behaviors and attitudes to you can blow up into major disagreements.

To get your team to accept the variety of attitudes, from those on punctuality to assertiveness, and possible different interpretations of these, have them answer questions such as:

1. In your world… how important are punctuality and time limits?
2. Are there consequences of being late or missing deadlines?
3. Should people volunteer for assignments or wait to be nominated?
4. What group behaviors are valued (helping others, not complaining)?

Remember to ask yourself these questions too.

Once you have asked the basic questions, get team members to go a step further and consider peoples’ different possible motivations for their behavior. Behind these are their values.

• Regarding deadlines, some may value highly hitting the milestone originally set, while others may instead value being able to respond nimbly as circumstances evolve.

• Some may voluntarily take on a project because they feel it signals commitment, whereas others may feel doing so comes across as shallow self-promotion.

It’s important to establish team norms around all these behaviors, to avoid unnecessary antagonism. 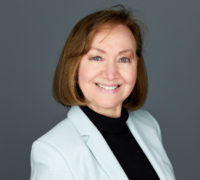 She is a teacher, facilitator and researcher in the areas of leadership and human behavior. Specialized in providing one-to-one leadership coaching and team-building workshops to top management teams in both the public and private sector, her major research focuses on leadership development, team dynamics, and coaching. Ginka is director of the Strategies for Leadership program. How to rebound when your sector takes a hit: Part one

Executives now take the possibility of things like supply chain disruptions far more seriously than they previously did. When you perceive risks and disruptions as real and likely threats, it shapes our... In terms of sustainability data and physical commodities are similar, and companies need to start considering them in similar ways when it comes to ethics and responsibility.... You need to have a CDR plan, either as part of or separate from your overall sustainability strategy. To evaluate where your company is currently at in terms of CDR, you should... Brain circuits The four principles to survive disruption and flourish in a changing world by Howard YuPublished 8 October 2021 in Brain circuits • 2 min read To survive in a world...