Questions to help you identify potential conflicts of interest on your board: Part 3

All stakeholders have unique sets of interest, which means problems can arise when they are at odds with each other.

In order to examine whether your company should be concerned about Tier-III conflicts of interest you should consider these questions:

Tier-III conflicts of interest can be minimized when directors and boards “slice the company pie” properly in an effort to support cooperation and avoid inducing sabotage, riots, retaliation, fines, in-fighting or legal actions. 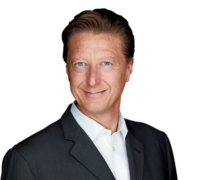