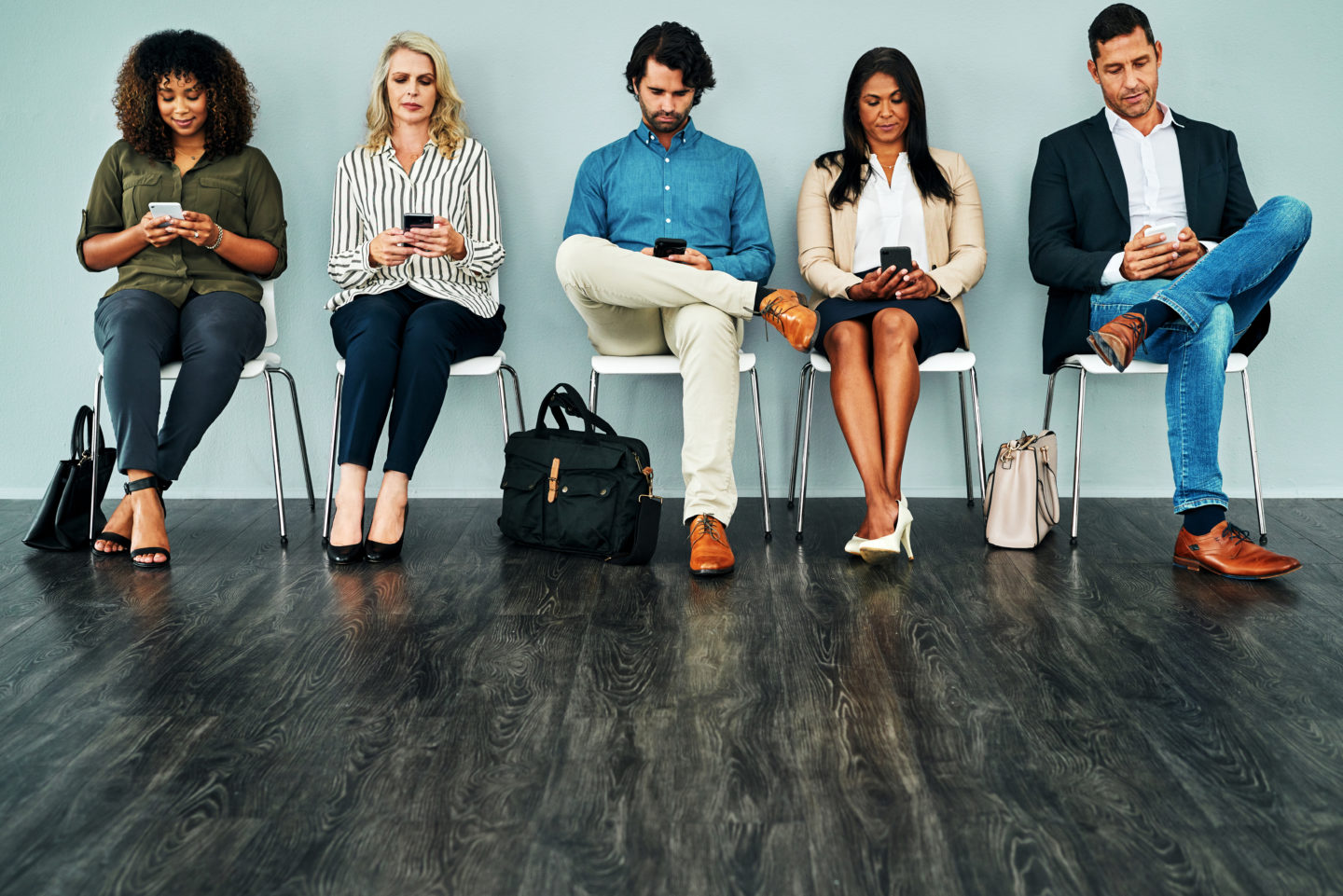 Misinformation is an unwieldly beast, but we need to stop being blasé about it

Recent events have highlighted how the dominance of online news and social media platforms, and their capacity to manipulate the reader, means that we – as consumers – must now take an interest in checking the reliability of our providers, say José Caballero & Christos Cabolis

When Russia launched an attack on Ukraine in the early hours of 24 February, it quickly became clear that reactions from the international community were going to be on a different scale to those of comparable events. “Never in modern history has an economy of Russia’s scale been subjected to such extraordinary ostracism,” wrote Eric Levitz in Intelligencer. Unified sanctions were imposed from European countries and the US, while the private sector contributed to Russia’s isolation by abandoning operations in its market.

And yet, another singularity to this war was about to come to the fore concerning the nature of the information we are receiving about it. The Ukraine-Russia military conflict is the first of its type to expose the way social media shows no difference in its presentation of factual and non-factual content, and the ramifications of this. We are seeing an ‘entanglement’ of both types, feeding an overall unreliability of information.

Indeed, wrote Stuart A. Thompson and Davey Alba in The New York Times, a parallel information war has been identified: “In the information war over the invasion of Ukraine, some of the country’s official accounts have pushed stories with questionable veracity, spreading anecdotes, gripping on-the-ground accounts and even some unverified information that was later proved false, in a rapid jumble of fact and myth.”

Fact and fiction merge as one, and winners and losers are predicted early on based on who is confusing the public the most and shaping the narrative toward their own interests.

Only a certain subset of onlookers are fully aware that we cannot trust everything that is available to us, and this applies as much to broadcast news as it does to social media. We read about what constitutes ‘fake’ news in the Russia-Ukraine context and about how supposedly real events are being undermined through the power of social media.

The question then becomes: Is there anything that can be done to help us see the wood for the trees, and where does the responsibility lie?

Sizeable implications for how society feels and votes

Misinformation and disinformation both offer alternative interpretations of events by spreading non-factual information, either without the intention to deceive audiences (‘misinformation’) or with it (‘disinformation’). Both weaken the reliability of available information by making it difficult to verify trusted sources and/or to establish what is factual, thus increasing an overall distrust in the media.

Mis/disinformation can also have substantial socio-political and economic implications. There is evidence the phenomenon played a crucial role in the Brexit process; a key effect of this campaign was to create a growing misperception in the general public about some of the factors that ultimately determined the UK’s decision to leave the EU.

Another example is the spread of the anti-vaccine movement during the pandemic. In the Netherlands, between June and July 2020, 14% of online posts about COVID-19 were deemed false or misleading. In Germany, 20% of YouTube videos uploaded during the same period of time included mis/disinformation.

Similarly, in 2020, France experienced a surge of vaccine mis/disinformation on social media. The number of followers of extreme anti-vaccine pages in French grew from 3.2 to 4.1 million. Such a diffusion of anti-vaccine mis/disinformation posed a significant public health risk by negatively affecting society’s attitudes and beliefs toward scientifically proven practices, contributing to greater vaccine skepticism.

In short, the prevalence of mis/dis-information leads to an increasing distrust in news, public officials, and institutions which, in turn, gradually dismantles one of the fundamental elements of democratic societies: informed debate.

Critical thinking should be encouraged from an early age, and should continue to be nourished throughout the school system.

Information providers that dominated in the past such as broadcast news outlets were responsible for all the information they unveiled, meaning it was more manageable for readers to gauge the reliability of the information they received. But this is now a daunting task; information and ‘news’ can be provided to global audiences in an instant by any individual or group with access to a social media platform.

Publishers on a platform are not particularly accountable for their content unless it strays into the realms of discrimination or inciting hatred, although there is increasing demand they be so. We have been dealing with this problem at very least since the inception of Twitter in 2006, arguably much before. But it is felt with particular intensity today.

In December 2021, Peter Suciu wrote in Forbes: “In the US, “Under Section 230 of the Communications Decency Act, online platforms such Facebook and Twitter aren’t treated as a publisher, and thus not responsible for the content of their respective user’s posts. Critics warn that allows them to have it both ways – they claim not to be responsible for what is said, yet still delete posts that they argue violate their own community standards.”

Governing bodies, including the EU, have sought ways to curb mis/disinformation. The question of whether legislation should be involved in this has been hotly debated and often concludes with concerns over infringing free speech.

But what if we were to split accountability between targets and providers of mis/disinformation themselves? That is, how can we encourage consumers to check the reliability of their news providers, as much as get providers on board?

Such a solution would center around three key principles, with accountability and transparency always in mind.

Somehow we need to:

We must introduce healthy skepticism by increasing the awareness of the necessity of critical thinking; that is, the process by which one gathers and evaluates information to reach an objective by synthesizing facts. This should be encouraged from an early age and should continue to be nourished throughout the school system.

Debate competitions come to mind in which participants, frequently students of different educational levels, are given a position they must argue for, which may not necessarily align with their own beliefs. This type of activity has widened its range from high school and university competitions to Model UN debates, globally. Debate skills enhance critical thinking competencies which, coincidentally, are considered to be fundamental for the future of work.

2. Encourage the consumer to consult organizations that validate sources

We must increase the visibility of organizations that study and comment on the reliability of different sources, such as the International Fact-Checking Network, perhaps by promoting their presence in national and international forums. Interestingly, fact checking by news providers including the Associated Press, the BBC, and Reuters has intensified since Russia’s invasion of Ukraine.

And, at the same time:

3. Embolden the provider to be accountable

We can endlessly delve into the complexity, potential benefits, and perils of greater state regulation to counter mis/disinformation, legal proceedings against organizations/individuals who through misleading statements may cause harm to others, and stricter regulations for social media platforms. The EU’s revised code of practice for social platforms is an example.

While, on the one hand, measures to make providers of mis/disinformation accountable for its dissemination currently seem either politically unfeasible or unpopular, and thus unlikely to be pursued, examples such as the recent legal action launched by Australia against Facebook for engaging in ‘deceptive conduct’ by hosting non-factual advertisements may set a strong precedent for governments to step in.

In addition, better detection software/algorithms could be used to distinguish accurate from inaccurate content and thus help curb the dissemination of mis/disinformation through the internet and social media. However, in the case of the spread of non-factual information by government officials or other societal leaders, solutions need to be highly complex. If not, officials may well defend their ill practices by arguing they have a right to exercise freedom of speech – including while communicating information they ‘believe’ to be factual.

Implementing our suggestions will be no easy task and will require policy cohesion, strong public-private partnerships, and time for the impact to materialize. However, continuing to overlook some of the issues discussed could lead to an environment characterized by increasing socio-political animosity – and, ultimately, to highly radicalized and ‘flammable’ societies. Christos Cabolis is the IMD World Competitiveness Center’s Chief Economist and Head of Operations. He is also Adjunct Professor of Economics and Competitiveness at IMD. His research focuses on competitiveness in its broadest sense, such as the challenges inherent to ESG and the need to respect citizen privacy in an increasingly digitalized world. Business transformation and how to handle it: lessons from the front-line

Konica Minolta is known as a printer company, but a dual transformation is underway. Sam Errigo, Chief Operating Officer at Konica Minolta Business Solutions in the US, talks to Ric Roi about...