Taking aim: how shareholder activism is making the workplace more diverse and inclusive

Shareholder activism is changing human resource policies around workplace diversity and inclusion. We use the narrative of Nia Capital, a leading shareholder activist that tackles problems in corporate workplaces through firm engagement and bringing resolutions to the floor via proxy voting.

In a monumental milestone of what’s come to be called “stakeholder capitalism”, activist hedge fund Engine No 1 successfully claimed three seats on Exxon’s board of directors in 2021 with the goal of forcing the energy goliath to reduce its carbon footprint. The success of Engine No. 1 illustrates how activist investors are increasingly using proxy votes to drive systems change and encourage companies to disclose and improve their commitments to people, profit and planet. With more than 500 shareholder resolutions on environmental, social and governance (ESG) issues proposed in 2021, companies increasingly need to demonstrate how they are creating more inclusive, diverse and sustainable workplaces.

Publicly traded companies report their activities to shareholders through their annual meetings. Prior to these meetings, companies send shareholders information on topics to be voted on, such as share ownership, the structure of the board of directors (BOD), and executive salary and benefits. Investors who own voting shares in the company as of the company’s record date are typically eligible to vote on these issues. A majority vote is typically required to pass the proposal.

Proxy voting refers to a ballot cast by a single person or firm on behalf of a firm’s shareholder who may not be able to attend a shareholder meeting, or who may not choose to vote on a particular issue. Typically, shareholders receive a proxy ballot in the mail along with an information booklet called a proxy statement, which describes the issues to be voted on during the meeting.

Rather than physically attending the shareholder meeting, investors may elect someone else, such as a member of the company’s management team, to vote in their place. This person is designated as a proxy and will cast a proxy vote in line with the shareholder’s directions as written on their proxy card, which typically include responses such as “For,” “Against,” “Abstain,” or “Not Voted.”

Importantly, shareholders may also submit proposals themselves. Today, activist investors are no longer sitting on the sidelines. They are leveraging support through shareholder coalitions to advance environmental and social proposals on several key issues. Although most shareholder proposals are advisory and can’t force a company to act, companies that ignore popular shareholder initiatives face reputational risk – especially when many proposals are shaped by events, from the climate crisis to #MeToo, unfolding in the world.

Proxy voting as a tool to improve fairness in the workplace

Nia Capital is among the most active investors making use of proxy votes that support values of inclusion, diversity in leadership, and environmental sustainability. In 2020, Nia Capital filed six resolutions for deliberation on the topic of diversity disclosure. The targeted companies – including Gilead Sciences, Sarepta, and SunPower – committed to substantive improvements in their exposure of diversity data. For example, at Fortinet Inc’s 2020 annual meeting, a Nia shareholder resolution requesting the release of quantitative diversity data and an annual workplace diversity report received 70% support from shareholders.

These initial successes pushed Nia Capital to go even bigger in 2021. In April 2021, Nia rallied 94.3% of the proxy vote to force IBM to release data on the effectiveness of the company’s diversity, equity and inclusion (DEI) programs. Looking forward, this shift in investor sentiment will encourage companies to proactively expand reporting practices, for example by providing the promotion and retention rates of its diverse employees.

Another common corporate practice coming under the gun of activist investors is the use of forced arbitration. Investors such as Nia Capital are pressuring firms to review policies that discourage staff from taking discrimination or harassment disputes to court. Forced arbitration, also known as mandatory arbitration, is a process where employees and their employers resolve complaints and disputes using independent arbitrators instead of going to court. As a result, forced arbitration limits employees’ remedies for wrongdoing, keeps misconduct secret and prevents employees from learning about shared concerns. Forced arbitration policies have come under scrutiny in the wake of the #MeToo era as being one of the many ways companies keep sexual harassment and discrimination complaints confidential. And although Nia Capital came up just short against Goldman Sachs, receiving backing from 49% of shareholders, they successfully forced Sunrun, the largest residential solar company in the US, to issue a report on the impact of forced arbitration.

Nia Capital’s latest call for firms to research and report on the use of forced arbitration agreements was levied against Tesla in October 2021. With 45% of shareholders voting for the resolution, the proxy vote fell just short –  however, this was a marked improvement since the same request only received 27% of the vote just a year earlier in 2020. With a federal court recently awarding $137 million (including $130 in punitive damages) to former Tesla employee Owen Diaz after he endured racist abuse working for the company, improving workplace culture should be a priority for the firm. For their part, investors are clearly showing an appetite to understand how poor workplace culture represents a material risk for firms.

Shareholder activism is poised to grow substantially in the coming years. BlackRock, the world’s largest asset manager, agreed to give its investors the ability to vote on shareholder proposals, which by some estimates would transfer votes to investors representing as much as $1.5 trillion in indexed assets. In the past, BlackRock, and other passive fund managers such as State Street and Vanguard, have been criticized for regularly voting with management on shareholder proposals. Allowing institutional investors to vote their proxy will pressure companies to demonstrate how their workplace policies promote diversity and inclusion.

But it’s not all doom and gloom. Public companies have an opportunity to use proxy votes and shareholder concerns as a platform for discussion, engagement and change. After all, most investors have the long-term longevity of the company in mind when submitting proxy proposals. By engaging with investors, firms can simultaneously adopt workplace policies that promote diversity and inclusion and also respond to stakeholders that are concerned over the bottom line. For Chief HR Officers, understanding shareholder activism is essential to helping your CEO, management team and board of directors develop effective strategies to work effectively with investors who seek constructive engagement. 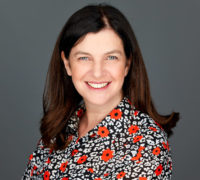 Vanina Farber is an economist and political scientist specializing in social innovation, sustainability, impact investment and sustainable finance with also almost twenty years of teaching, researching and consultancy experience, working with academic institutions, multinational corporations and international organizations. She is the holder of the elea Chair for Social Innovation and the Program Director of IMD’s Executive MBA program and IMD’s Driving Innovative Finance for Impact program. 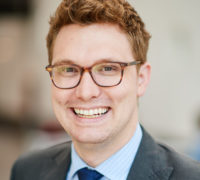 Research Fellow at the elea Chair for Social Innovation

Patrick conducts research at the intersection of entrepreneurship, finance and social impact, with a particular focus on the mechanisms and logics that investors use to seed investment in social organizations. He is a research fellow at the elea Chair for Social Innovation.