Developing a shared identity, giving each member equal airtime and creating an environment for honest and authentic exchanges will help lead to better results.

When Phil Jackson took over as head coach of the Chicago Bulls in 1989, he realized he couldn’t rely on star player Michael Jordan alone to win the National Basketball Association championships.

Jackson implemented the triangle offense devised by the Bulls’ assistant coach at the time, Tex Winter. The strategy involved taking the ball out of Jordan’s hands a bit more often – a proposal that at first was met  with resistance from the team’s star player.

When play resumed, Jordan won the ball and penetrated through the defence. Everyone was expecting Jordan to charge through and make a shot. Instead, he passed to his teammate John Paxson, who shot the ball and scored.

“Once Pax hits that first shot, I think, okay, let’s keep doing that again,” explained Jordan in the 2020 Netflix documentary The Last Dance.

By taming Jordan’s ego and making him understand that his teammates could help him out, Jackson created a more dangerous and unpredictable unit which enabled the Chicago Bulls to win three championships between 1991 and 1993, and repeat the feat again from 1996 to 1998.

In the business world, your star team is often your executive board: a group of high-performing leaders each of whom has risen through the ranks by proving their mettle in driving execution, building and leading teams, and crafting vision and strategy.

The downside is that each person’s success is often matched by the size of their ego. Having climbed the ladder by outperforming others, many top executives may view their teammates as competitors rather than collaborators. To shift this mindset, organizations should consider the following steps to leverage the strengths of each individual and create a stronger top team.

Avoid the Most Valuable Player trap

Repeatedly rewarding and glorifying a star performer can be the early death of a team. Instead, organizations need to figure out how to encourage that player to sprinkle some of his or her star dust on others. As soon as Michael Jordan realized he couldn’t win the NBA championships single-handedly, he started thinking about how he could help his teammates to excel in their roles. Organizations should take care to praise all those who helped set up the goal, not just the individual who scored it. By championing the collective rather than the individual, you can build a culture of dependability, and one in which team members know they can count on each other to perform at their best and do high-quality work.

One way to shift the balance away from a team of stars to a star team is to develop a shared team identity – both among the individuals in the team and one that can be recognized by employees in the wider organization.

Rather than relying on the talents of a single leader or personality to take the group forward, different members of the team can assume leadership roles at different times and in different situations. This helps share the burden of leadership, too.

Organizations also need to think about how the executive team presents itself both internally and externally. Too much emphasis on a sole person, such as the CEO, can be counterproductive and make it more likely that the executive team is perceived as a bunch of individuals rather than a high-performing team.

One strategy is to rotate the person who speaks at townhalls and community meetings to give every team member a voice and show a shared responsibility. When sending out company-wide emails from top management, firms should consider using the pronoun ‘we’ rather than ‘I’.

Another important feature of star teams is the ability to create an environment of psychological safety, where team members feel comfortable taking risks and expressing vulnerability with one another without fear of failure or embarrassment.

Under Gareth Southgate, England’s national soccer team has managed to improve its performance, reaching the final of the UEFA Euros 2020 tournament by creating an environment of psychological safety. In an interview with the BBC, Southgate said he was pleased his players were taking risks and making mistakes without fear of failure, because it showed they were open to trying new things.

Tech giant Google conducted research that found that, in the best-performing teams, team members speak roughly the same amount as each other. This so-called ‘conversational turn taking’ encourages people to speak up without feeling judged or criticized. Another characteristic is ‘ostentatious listening’ where team members demonstrate that they have been actively listening by repeating what has been said and making eye contact.

This is especially relevant for executive teams, which often suffer from an uneven distribution of airtime. A good start is to commit to conversational turn-taking, agree on what it means, how and in which meetings it will be implemented, and who will keep the team in check when the practice is abandoned.

Put the fish on the table

Once teams have established psychological safety, they are more likely to be courageous enough to raise and confront difficult issues by ‘putting the fish on the table’ as my colleague Professor George Kohlrieser says. In top executive teams, this might be the acknowledgement that individuals are in fact competing against each other. Having the confidence to say this out loud, however, is an indication that individuals feel comfortable being their honest and authentic selves. It also prevents issues such as suspicion and resentment from festering. 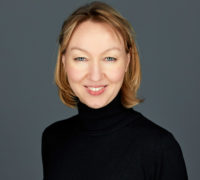