Andrea was appointed as UEFA’s Financial Sustainability & Research Director in 2019. Among his new responsibilities, he led the creation of an intelligence center, the development of the recently-approved corporate strategy for 2019-2024, and the set-up of a new innovation unit.

Previously, Andrea led the development and implementation of the UEFA Club Licensing system across all 55 member associations. Andrea also led the development of UEFA’s financial fair play rules to encourage responsible club spending, while promoting investment in youth education and infrastructure, and to protect the long-term sustainability of European club football.

In addition to his role at UEFA, Andrea has lectured on various sports masters programmes. 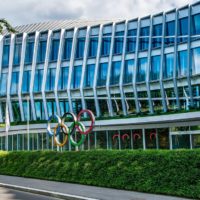 How to thrive in uncertainty: Learn from the Olympics and UEFA

All organizations, no matter how big or successful, must learn to embrace continuous innovation to ride the relentless waves of disruption and changing consumer habits. ...