That Jane Sun should be addressing OWP, IMD’s signature program for executives, by video and not in person implies no lack of faith in her chosen profession. The chief executive of the Trip.com group, Asia’s biggest online travel portal, is bullish about prospects for her company and international travel in general.

“In China, our main market, leisure travel recovered fast once the virus was brought under control. Since then, business travel has been picking up too”, she says.

Sun, who will be one of the keynote speakers at OWP liVe in June, speaks from experience. The group, established in 1999 in a 40 square metre office with just 784 registered users on a single platform, has become a multiplatform, multi-country behemoth. Boasting more than 33,000 employees, it was, pre-pandemic, issuing 700 million high speed rail tickets, 350 million plane tickets and booking about 350m hotel rooms a year. With some 400 million registered users, about one quarter of them outside China, it has become Asia’s foremost online travel portal.

“We’re seen very fast recoveries in places where matters have normalized. Revenues have reached about 70 per cent of pre-COVID levels, with massive rises in every sector. The overall recovery for domestic China has been very fast,” Sun reveals.

Admittedly, recovery has been slower elsewhere. “Business in Singapore, Korea and other countries able to control the virus well has been picking up. But it’s true that anything associated with cross border travel will take longer to revive.”

Despite its current popularity, Sun believes video conferencing will never replace direct human contact. “Zoom is fine for one on one meetings. But if it’s one to 100, or more, then you want a physical presence if possible.”

Her confidence stems partly from the convenience of online booking. “About 90 per cent of our transactions take place on smartphones. You can use any spare couple of minutes to arrange everything. Because we’re the biggest in China, we’ll normally offer the best deals. And we can recommend the best fit for travel, hotel, car hire, even restaurants, in one go.”

She particularly stresses peace of mind. “If something happens – say a natural disaster – our team will reach out to you in minutes. They’ll arrange your return travel, or provide reassurance if there’s no danger. For us, that’s completely normal service.”

Floated on Nasdaq in 2003, the group this year obtained a secondary listing in Hong Kong. But Sun, who succeeded founder James Liang as CEO in 2016, emphasizes the group, which suffered a RMB 3.3 billion ($501 million) loss in 2020 after net profits more than twice as high the previous year, is not resting on its laurels.

“We’ve more than 100 different products available online now. But our range needs to be even more comprehensive. And there’s scope for greater global reach. We used to be entirely China centered, and then expanded into outbound travel for Chinese clients. Now, with so many new hotels and a vast and growing high speed rail network, we’d like to welcome foreign guests to China, as well as extend geographically.

As the only woman running a big Chinese internet group, Sun is an exception. After a law degree at Beijing University, she was selected for a scholarship at the University of Florida – an opportunity she reciprocated in 2016 by funding a generous scholarship scheme for 30-40 international students at the university.

After graduation, she stayed in the US, moving to Silicon Valley as a KPMG audit manager for five years, before progressing to Applied Materials in 1997. It was in California that she met her Shanghai-born husband, who, like her, had been among an early cohort of China-born students able to study in the US. An early Yahoo recruit, he later became Chief Technology Officer of Alibaba China, before establishing his own investment fund.

“The Trip.com Group is very progressive”, says Sun, who has two daughters. “We provide free taxi travel for pregnant employees. Mothers receive RMB 800 at birth, have flexible working hours, and each child gets a RMB3,000 education grant.” The company even funds female staff pursuing further academic studies who want to freeze their eggs to have children later in life. “We’re the first in China”, she says.

She is certain companies can benefit from a distinct female leadership style. “Women tend to be very good at putting themselves in other people’s shoes. They’re good at empathy, team building and show a willingness to make personal sacrifices for the benefit of their teams”, she says. “Plus, they tend to be good communicators, and are good at multitasking.”

Such traits are particularly beneficial in the male-dominated world of high tech. “I always try to strike a good balance: there are many male players. But you really need to balance the sexes to create a good team”, she says. Jane Sun is the Chief Executive Officer and a member of the board of directors of Trip.com Group Ltd. She first joined the company as the Chief Financial Officer in 2005, later serving as the Chief Operating Officer and the Co-President, before moving into the CEO role in 2016.

Though some foreign companies continue to struggle in China, prospective entrants are better able than ever before to realistically assess their chances and plan for success, say Karl Ulrich and Lele Sang,... 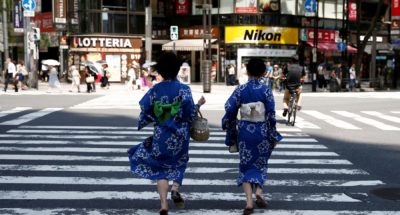 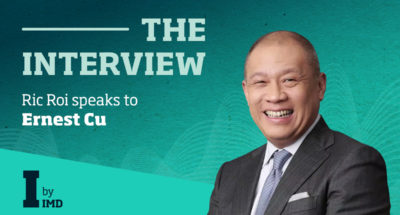