Coaches working with leaders who lack emotional intelligence have a tough job on their hands, but here experts share the strategies that can lead to success.

The COVID-19 crisis has presented leaders with unprecedented challenges in understanding and responding to the emotional stresses impacting their people. Emotional intelligence (EQ) was an important leadership quality before the crisis; it’s essential now. Leaders need to be able to mobilize, focus, and sustain the energy of teams that have dealt with enormous personal and professional pressures over the past 18 months.

But with many people still working remotely as return-to-the-office dates get pushed back, the challenge is growing. Communicating with team members via screens makes it hard for managers to get a true sense of how their workers are feeling. Employees that feel alienated or misunderstood by their bosses are more likely to leave. And many are doing so as the economy rebounds from the pandemic recession. Some four million people quit their jobs in the US in July, according to the latest job openings and labor turnover survey. More than ever, executive coaches need to help their clients do a better job of authentically connecting with and reassuring their teams and others.

In my experience, it’s challenging to help leaders who are low on EQ learn not to alienate their teams. So I asked some of the great coaches I know about how they approach working with leaders with this issue. There was 100% agreement that this is a hard, sometimes insoluble problem. That’s the bad news. The good news is that they offered some solid, actionable advice. Here’s five strategies for coaching leaders to connect with their people.

1. Focus first on raising awareness and motivating the leader to change

The need to do this reminded me of the old joke: How many therapists does it take to change a lightbulb? The answer is just one, but the lightbulb has to want to change. Does the leader understand that their inability to connect undermines their capacity to mobilize, focus and sustain the energy of their people? As one coach put it, “Does he or she know that he is failing? And if so, what is the impact?” If not, you need to work to strengthen that motivation. As another coach said, “work with the executive to clarify the impact they want to have and how that connects to their goals/objectives. Once it is (painfully) obvious they’re having a negative impact and how this adversely affects business operations, they’re more likely to be motivated – at a gut level – to do something different.”

2. Leverage assessment tools to reinforce the case for change

One coach crystallized the value of using the right tools, saying, “Validate the derailer/behavior with a psychometric assessment plus 360 feedback that concretely describes the behavior and the negative consequences it has. Make it undeniable.” There are many such tools available, but the key is to be sure the results shine a spotlight on the key behavioral issues and, critically, are viewed as credible by the leader. If you’re not certified in such instruments, then, as one expert suggested, tag team with a trained psychologist/assessor who can help administer and debrief the assessment and determine “coachability”.

3. Help to ‘program’ the right behaviors

Even when leaders don’t have the natural ability to connect, they can learn to do a good simulation of it. Having learned to do this, they may be able to embrace the behaviors more deeply. One coach described a success story in doing this:

“I worked with a CFO who was highly introverted and abrasive. He routinely alienated people because he never even thought to pay attention to who people were personally. He wasn’t ill-intentioned, he was just so internally focused that he didn’t ask others the basic things that many of us need to be asked to feel connected. He had to learn how to use specific tools whenever he met people, as well as triggers to help him remember to use the tools. The ones that helped him most were to (1) commit to start meetings with a personal check-in,  to (2) intentionally ask people how they were doing in 1:1s and when meeting informally, and to (3) remember to smile because he could be intimidating.“

I often ask people to identify their core values, then use their values as a motivator to change behavior

Another coach highlighted a similar approach, saying, “once you understand what it is, help them plan to deal with the derailer. Start with awareness: what triggers this behavior? What outcomes does their behavior typically produce? Then help them to ‘go to the balcony’ to notice the triggers as they happen in real-time. Use that as a basis to identify some alternative/constructive ways of reacting to the trigger. Have them try some, see what works, and experience the difference. Coach them to work toward the stuff that works consistently. Just be sure you don’t let them skip the step of building awareness.”

4. Work (carefully) on the deeper issues

Such work has to be done judiciously, of course, because there may be deep reasons that contributed to the leader’s deficit, so deep that it may require the attention of trained therapist rather than a coach. As one coach expressed it, “There likely are developmental events that contribute to his behavior, and you have to decide whether it’s productive to try to dig into them.” A less potentially fraught approach is to focus on values: as another coach put it, “I often ask people to identify their core values, then use their values as a motivator to change behavior. Doing this can be as simple as asking them to list the values that drive them. If someone values ‘results’ and they truly internalize that when people feel connected emotionally, they work harder and get better results, it can help them view the connective behaviors as having value.” Yet another approach is to focus on identifying and emulating the behavior of role models. One coach expressed it this way, “Who does he trust? Is there a leader who does this well who s/he respects and could emulate?”

It helps a lot if the leader gets support from others. As one coach put it, “To improve their emotional intelligence, it helps a lot to enlist others in the effort. This is not the type of problem that they solve themselves. For the leader that likes to solve problems on their own, this is counter-intuitive.” Going back to the example of the introverted CFO, the coach noted, “His people knew he was working on these things, and he asked for their support. Fortunately, he had a good sense of humor, so they could remind him of the meeting check-ins and catch his attention to say hello when seeing him walking the walls.”

Are you guaranteed success if you employ these five strategies to coach leaders with emotional connection challenges? No, but doing so will substantially increase the likelihood that you will help these challenging clients to make progress.

This article was based on a dialogue with Cino Adelson, Pat Costello, Ron Meeks, Brenda Steinberg, and Kathryn Tecosky. 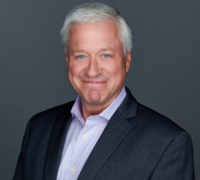 Michael Watkins is the best-selling author of The First 90 Days, Master Your Next Move, Predictable Surprises, and 11 other books on leadership and negotiation. A Thinkers 50-ranked management influencer and recognized expert in his field, he contributes regularly to leading business journals and podcasts. His work is featured in HBR Guides and HBR’s 10 Must Reads on Leadership, Teams, Strategic Initiatives and New Managers. He received his PhD from Harvard University in Decision Sciences and taught at Harvard and INSEAD prior to IMD. He is a trusted mentor and coach for C-level leaders of global organizations and directs The First 90 Days and Transition to Business Leadership programs.