9 June 2021 • by James Henderson in Leading in turbulent times

The once popular model of having a high-level management team develop a strategy which is then communicated to the rest of the organization is quickly becoming archaic. A truly inclusive strategy is...

Before one can strive for inclusiveness, it is important to understand what engagement looks like. “Participating means just asking for information but engagement means actually eliciting opinions on the critical choices facing the organization and including them in the whole process,” explains IMD Strategy Professor James Henderson.

But this level of inclusion has certain risks which mean even as companies transform their strategy process, there are a lot of fears and hesitations experienced by top executives. In Henderson’s webinar session he asked participants if they were an incoming CEO and presented with a new strategy from a team that had worked for a year but was only developed with high levels of input, how they would proceed. 57% said they would seek input from a wider cross-section of employees but still a limited contingent of critical stakeholders.

Some of the fears surrounding full inclusion include not wanting to slow down the process, worry that it will create expectations that if not met could actually cause employee disengagement and disappointment, and concern that it could even backfire by exposing a majority bias which alienates some part of the employee population.

However, done correctly, the benefits of full inclusion outweigh these fears.

Looking at the case study of Roche Diagnostics, CPS, which faced this dilemma, Henderson demonstrated what it looks like to strive for full inclusion in the strategy process.

Roche’s leadership team had spent a year looking at possible strategy choices and formulated a plan. Then the company’s incoming CEO, Thomas Schinecker, noticed that the budget might not support the number of projects planned, so he opted to seek organizational wide input before moving forward. Under Schinecker, all employees were invited to participate in strategy workshops, with roughly 50% actually engaging in the process. Using heavy touch digital tracking 11,300 ideas were collected, consolidated, and reported back to the leadership team.

The level of employee engagement was so high at Roche, they continued to repeat this exercise at broader levels. Schinecker says the key for executives is to let go. “If you have faith in the power of the people, they will come up with something brilliant,” he encouraged.

Furthermore, the results gave the strategy team a lot of granularity in terms of their choices. The company’s head of strategy indicated that people didn’t seem to mind how their inputs were used but they were excited about being part of the process. There is a lot of research to indicate this is a common phenomenon: if people feel the process was fair, they are satisfied with the results. So, despite the risks, it is worth the effort to include everyone. 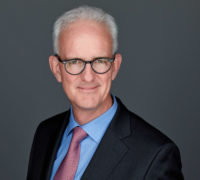 Not necessary to sacrifice doing well for doing good

A robust business case for sustainability can mean increased company profits and the backing of all stakeholders, write Knut Haanaes, Frédéric Dalsace and Jules Wurlod....

Will it be a return to business-as-usual or a time of revolution? In the first in a two-part series, we examine the potential impact on attitudes towards preserving the world’s resources in...

How to identify greenwashing

It's become clear that sustainability can be used as a powerful marketing tool, but how many companies are actually doing what they say? Here are some tools to determine whether an organizing...

As CEO of Nestlé, Mark Schneider is arguably the most powerful man in the food and beverage industry. And, as he reveals to IMD President Jean-François Manzoni in the latest episode of...

Net-zero companies – what CFOs can do

In Asia, economic growth comes at a high carbon cost. CFOs have a critical role to play in making their companies take account of sustainability, says Natalia Olynec. ... Your plan for the post-Pride months

Now that pride month has come and gone it's a good time to take stock of whether your inclusion efforts are more than just a flash in the pan, or something your...