Farmers and food industry must work together to avoid disaster

The world’s topsoil is badly eroded and there may be only 60 harvests left. But solutions are at hand, says Geraldine Matchett of nutrition company Royal DSM....

Intensive farming methods, pesticides and fertilizers have provided more food as the world’s population has tripled over the past 70 years, leading also to a large reduction in the numbers living in poverty. But this has come at a heavy price, insists Geraldine Matchett, co-CEO of the Dutch nutrition company Royal DSM,

“In doing that, we’ve destroyed about a third of the topsoils in the world, because very intensive agriculture destroys the micro-organisms that keep the soil alive,” she says. “And as you do that, your yields go down and then you say: ‘I can fix that with more fertilizers’, but you’re simply destroying the soil even more. So it becomes a barren base.

“We’re looking today at how we can feed around 7.9 billion people, and maybe 10 billion in the future, in a world where these topsoils are being destroyed every single year. There’s an estimate that we have only 60 harvests to go, so 60 years before all topsoils are very depleted. Intensive farming, while feeding a lot more people, has actually destroyed the planet.”

A switch to a sustainable food supply system is urgently needed, but the good news is that the solutions are already known. “It’s about regenerative agriculture. It’s about not tilling the soil. It’s about rotating crops. It’s about applying ways of producing food that we can do but we’re not doing because of the current set-up of our food and agricultural systems. It requires a system change, as opposed to innovation or individual company contributions,” says Matchett.

The system change must involve the entire food industry, but it has to start with major changes in farming. “It requires the whole chain to start from a regenerative agriculture point of view and say that farmers should change their practices.”

It's very important that the farming communities are in the spotlight as heroes, as the source of the change, and not as villains

5 ways to a sustainable food supply 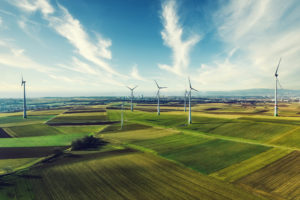 Increasing the number of crops grown on a farm and rotating them between fields increases biodiversity and reduces the risk of pests and diseases. 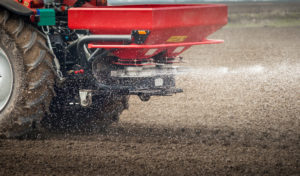 The planting of non-commodity crops after a harvest protects the soil until the next growing season. Such cover crops enable the soil to retain nutrients and keep harmful weeds under control. In 2019, the EAT-Lancet Commission said a shift to a more plant-based diet was necessary to feed the world’s growing population and reduce the food production industry’s carbon footprint.

However, farmers can’t make this change by themselves. They need the support of all the other links in the chain. “The start is hundreds of millions of farming families whose livelihoods are already pretty difficult today. They don’t have the financial resources or the skills to make this transformation unless they are supported by all the stakeholders around them, so the whole food chain needs to align. But it’s also very important that the farming communities are in the spotlight as heroes, as the source of the change, and not as villains.”

Matchett believes the private sector has a key role to play, alongside governments, industry organizations and unions. Companies can no longer just think about their own operations but need to have a broader purpose, which means having an impact by helping to solve wider problems. “Your success partly depends on your ability to help the whole chain address its biggest challenges,” she says. “And the biggest challenge is often either the social or environmental impacts that we’re having.”

As the world leader in micronutrients for animal feed, DSM has been looking at ways of reducing the methane generated by cows, which is a significant contributor to climate change. “At first, people found this very strange, but it is connected with climate change – methane is 20 times more potent than CO2 – and it also has to do with agriculture. So, over time you realize that it’s a very serious value proposition because it is actually exactly the challenge facing the dairy industry today,” she says.

However, such efforts need to be backed by better tools for measuring environmental and social impacts, particularly in the food industry.

Dutch State Mines (De Nederlandse Staatsmijnen) is established by the Dutch government to mine coal reserves in the southern province of Limburg.

Starts chemical activities with the opening of the Emma coke works.

Closure of last coal mine. DSM is now a chemicals company.

Stock market listing with the flotation of 70% of the company’s shares.

Move into biotech with acquisition of Gist-brocades.

Sale of petrochemical activities to Sabic.

Shift of focus to health and nutrition through series of acquisitions (Martek, Fortitech, Tortuga, Erber Group). “We need to do a better job at measuring things. For instance, the true cost of food does not exist. A lot of externalities are absolutely not reflected in the cost of food.”

DSM itself has undergone a major transformation during its 119-year lifetime. It started out as Dutch State Mines, a coal mining company, then it moved into petrochemical refining, commodity chemicals, biotech and fine chemistry, and today it is one of the world’s biggest food ingredients companies, with 85% of its sales in nutrition and health. Much of the transformation has been achieved through acquisitions and disposals, but this has been accompanied by an increasing focus on sustainability, which is built into its bonus and incentive systems, with 50% of rewards linked to the company’s financial performance and 50% to social and environmental goals. “We are a triple bottom line People-Planet-Profit company, so we said, let’s ‘walk the talk’ and signal to everybody that both are important,” says Matchett.

She says sustainability strategies of companies need to be underpinned by three components: Reduce, Enable and Advocate. Reduce relates to the management of your company’s impact on the world, while Advocate involves arguing the case for wider actions to tackle climate change. The previous generation of business leaders made a good start in both areas. Enable involves using your own activities to seek broader changes, such as DSM’s push for more sustainable agricultural practices, and Matchett thinks this is a job for the next generation.

“Enable is today’s challenge. It means that leaders who are in position today, or emerging leaders, need to start thinking about how their activities actually enable them to alter the system.” This represents a paradigm shift from the time when the only focus of companies was on prices and commercial pressures. “Now it’s about what are we trying to achieve and how we do it together, which is a fundamentally different way of looking at how to make a company successful.”

Doing well and doing good, in our view, are intrinsically linked, but on slightly different timeframes

This means putting sustainability at the core of the company’s strategy, making it something that is handled at board level, rather than just by a separate sustainability department, and embedding it into individual business cases. “You will not be successful if you ignore these things, so put them in. At first you may not be rewarded for it, but over time you will be. So doing well and doing good, in our view, are intrinsically linked but on slightly different timeframes,” she says.

It also involves looking well beyond your own organization, working with suppliers and customers to change the whole value chain. “You have to think about working upstream and downstream in an integrated end-to-end system way,” she says.

The Task Force on Climate-related Financial Disclosures has prompted many companies and investors to think about the cost of the impact of climate change on a firm’s operations if such systemic changes are not made. “In some cases, it’s catastrophic and therefore you’d much rather help the world transition to a situation in which climate change is limited to 1.5C. It requires some sacrifices and some investment now, but it’s nothing in comparison to the mitigation that is needed in a world that goes above two degrees and all that comes with that,” she says.

Matchett suggests the COVID-19 pandemic showed that it was possible to make big changes when really needed. “We saw how quickly things can move when everybody understands the problem and is aligned in having to react. And then you realize the power of companies, because you have the authority and the means to make things change overnight.

“When the crisis hit, we moved fast. Unfortunately, when it comes to food, if we wait until the crisis really hits, it will be too late. So that’s the challenge: how do we not wait for the crisis?” Knut Haanaes was until recently the Dean of the Global Leadership Institute at the World Economic Forum. At IMD he teaches in many of the key programs, including the MBA, EMBA and other executive programs. He is Program Co-Director of the new Leading Sustainable Business Transformation program. His research interests are related to strategy, digital transformation and sustainability. Welcome to the Iconoclast, the first in a series of columns intended to challenge the status quo. Not always giving answers, not always right, but smartly challenging our own assumptions, actions, organizations,... Soaring oil and gas prices are a major challenge for businesses, but the energy crisis is creating new economic opportunities as well... 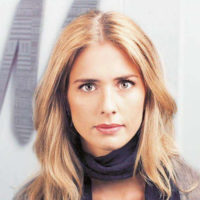 Does your company need a Chief Sustainability Officer?

The role of CSO may become obsolete as responsibility shifts to all senior executives. ...

Are you doing these three things that lead to long-term success?

Here are the essential steps needed to ensure that your business stands the test of time. ... Helping communities to adapt and ensuring that climate finance gets to conflict zones is essential, says ICRC chief.... Why ESG should really read GES

The governance aspect of ESG is a fundamental driver of environmental and social quality. Our experts outline the methodology required to ensure board-level leadership in sustainability.... Increasing the scope and price of carbon taxes is the most effective tool to reduce greenhouse gas emissions, says Professor Karl Schmedders....