When my kids were young, they loved watching a show called Mythbusters. The premise of the show was simple: each episode identified a popular myth, such as “You can’t fold a piece of paper more than seven times,” and took a scientific approach to testing if it was true or not*. The show lasted 18 seasons before it eventually ran out of myths to test.

Across my career as a management consultant and now a professor, I have encountered many business myths that have become a kind of accepted wisdom. These myths are rarely challenged in real life, despite being the subject of plenty of research. So, I decided to create a podcast series to test them.

In each episode, I interviewed at least one IMD colleague with expertise on the topic. I expected this to be interesting and fun – and it was – but I didn’t expect it to be so intellectually challenging. What I found was that the surface, each of these myths contained multiple layers. For example, I explored the oft-quoted mantra “culture eats strategy for breakfast”. I spoke with Dan Denison, one of the world’s foremost experts on organizational culture and an emeritus professor at IMD. After speaking with Dan, I was convinced of the prominence of culture over strategy.

Then, I spoke with another colleague, James Henderson, a strong proponent of the importance of strategy, who was also very convincing. These opposing points of view forced me to challenge my own assumptions about both strategy and culture. In the end, I had to conclude that both matter, and that the relationship between them was more complex than I’d realized, but knowable, and – most importantly – manageable.

My experience with other myths was similar. Points and counterpoints uncovered a great deal of complexity and subtlety behind each myth, all of which matters a great deal in effective management. My exploration of the myth “great leaders are born, not made”, for example, changed my perception of the importance of nature vs nurture in the development of leaders. I came to appreciate the importance of the environment, positive reinforcement, and mentoring in the development of leaders.

My key learning from the podcast series is that while management myths can play a useful role as mental shortcuts, they can be dangerous as guides for decision making. This is because, much like stereotypes, they are often wrong in practice. So, when someone tells you something that sounds plausible on the surface, such as “entrepreneurs have a higher appetite for risk than the rest of us” or “Chinese companies are better at imitation than innovation,” make a mental note to confirm it before you make any decisions!

Listen to the full Management Under the Microscope podcast series here.

* In case you are wondering, the Mythbusters team created a piece of paper the size of a football field and managed to fold it 11 times. 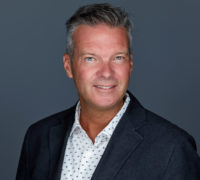 Coach your people to switch from survive to thrive mode

Understanding what motivates your people can help you connect with your staff and prevent them from becoming disengaged as they contend with the uncertainty wrought by the pandemic.... Making your current business more efficient while also developing new revenue streams seems to many an impossible task, but with new ways of thinking it can be done. ...