Why serendipity is so much more than just a lucky break

Good fortune plays a part in launching a successful business idea, but curiosity and confidence are needed to take full advantage

It’s well established that serendipity plays a role in business success. Some of the world’s best-known entrepreneurs, including Warren Buffett, Richard Branson and Arianna Huffington, believe that they got lucky. And while there are plenty of things that we can do to actively increase the odds of good fortune striking, it will take a special blend of curiosity and confidence to make the most of serendipity when it does occur.

There are many ingredients that go into building great companies, but coming up with and evolving a winning idea is the first step on the entrepreneurial journey. And curiosity is one important driver of innovation. In many cases, it’s the belief there’s more to the story, the strong desire to follow a thought, embrace a rebuke and consider new possibilities that leads to bold business ideas, such as that of Airbnb, the accommodation platform.

The company’s founders hit on an unplanned, fortunate discovery that they were curious enough to pursue and eventually turned into a commercial success. Years ago, Joe Gebbia and Brian Chesky were short on their rent and tried to make “a few bucks” by letting out airbeds in their lofts. After their first guests left, Gebbia and Chesky did not stop there. They were eager to dig deeper into the potential for a radical new business model. Renting out rooms to random strangers seemed ludicrous not so long ago, but the company has now transformed travel.

In Airbnb’s case, curiosity alone was not enough; the founders needed the confidence to hold fast in the face of stiff opposition from detractors who could not see the market opportunity. Balancing this sense of purpose and direction with an ability to be receptive to differing opinions about a problem or idea, is the hallmark of successful entrepreneurs. They access and filter diverse information to evolve and strengthen their business models.

Be open to new or contrary perspectives

Comments from detractors can actually cause business breakthroughs, as the British businessman Charles Rolls discovered when he invited investors to taste his company’s gin in 2000. Rolls acquired an equity stake in Plymouth Gin in 1997 and became the brand’s managing director. To his surprise, the investors couldn’t tell the difference between his gin and others. After digging deeper, he realized that this was because the tonic water he was using to mix the spirit masked its flavor.

The failed tasting ultimately led to an incredibly successful business. By listening to external perspectives, Rolls spotted a gap in the market for a premium mixer. Years later, he met Tim Warrillow and the pair in 2005 launched Fever-Tree, a premium mixer brand that’s now served in most restaurants. The company went public in 2014 and is valued at about £3bn ($4bn) today.

Unlike Rolls, many entrepreneurs are hellbent on convincing the world that their solution is groundbreaking, and they fail to listen to constructive feedback from investors and others. In his book Think Again, Adam Grant refers to this as “preacher mode” — where we try to convince others of our beliefs and potentially fall deaf to their arguments. Grant also identifies “prosecutor mode”, when we spend our time trying to debunk other people’s ideas, while in “politician mode” we try to win their approval, perhaps by adopting their suggestions.

All three modes are suboptimal approaches to innovation, because we’ll be oblivious to potentially vital feedback. Had Rolls tried to convince the investors that they were wrong, he may have overlooked the insight on the importance of the mixer. Instead, entrepreneurs need to be humble enough to listen to diverse and conflicting perspectives. Even if you disagree with the insight, you’ll gain a better understanding of your business idea or potential market.

Diversify and explore your network

It’s important, however, to widen the range of opinions that you seek out. Founders often find themselves in an “echo chamber”, when beliefs are amplified or reinforced in closed circles. The “self-similarity principle” states that we tend to populate our networks with people who are very similar to us in terms of outlook, background and experience. Meanwhile, the “proximity principle” means we tend to bring into our network those who are close by.

Yet breakthrough ideas are much less likely to come from these people. Decades of research across disciplines, from psychology to economics, proves that socially diverse groups — those with a range of characteristics such as race, ethnicity or gender — are more innovative than homogenous ones. We believe it’s the same when it comes to generating game-changing business ideas. It’s the people outside of our usual networks, who have different backgrounds, expertise, and ways of thinking, that bring us new and potentially transformative ideas.

We need a network of diverse and eclectic perspectives to increase the odds of serendipity striking. Tom Hulme, General Partner and Head of Europe at Google Ventures, the search company’s venture capital arm, once told us that “serendipity favors the networked” when he previously worked at IDEO, the global design company.

He added in a 2012 Wired article: “Our networks of people and data can unlock agility, enabling us to form novel connections, discover new opportunities, spot patterns and build teams to deliver against opportunities. They offer option value, delivering benefits that will be described as serendipitous or lucky after the event.”

Apply innovation from other sectors

Considering how new ideas can be translated from one sector to another may also spur serendipity. When trying to create a truly disruptive business, entrepreneurs tend to think that they must reinvent everything. In reality, it’s often about adapting methods and approaches that have been successful in other arenas but have yet to be used in yours.

A good example is Pneumoscope, an AI-driven stethoscope that can facilitate the fast diagnosis of deadly respiratory diseases, from pneumonia to COVID-19, in their early stages. The company’s founder, Alain Gervaix — a Doctor and Professor of Pediatrics at the University of Geneva — was not the first to use AI to identify patterns of sound. He borrowed the idea from Shazam, the Apple-owned app that allows users to identify songs they are hearing, after his teenage daughter suggested it.

She asked how pneumonia was diagnosed, and he explained that the disease has an “acoustic signature” that only experts with a trained ear can recognize. His daughter asked, “Why don’t you make a Shazam for breathing patterns?” The next day, Gervaix did exactly that. This ability to find value in the perspectives of others and apply it to our own context is invaluable, and is often the difference between success and missed opportunity. Gervaix and his team have been successful, enrolling more than 2,000 patients and recording more than 100,000 respiratory cycles.

Serendipity will ultimately play a role in business success, but it doesn’t just strike at random; we can create the conditions for it to occur, if we listen to the differing opinions of an eclectic network. We can also ensure that when these potentially transformative moments happen, we seize hold of them by being curious. Without the desire to learn more, you’ll be deaf and blind to what serendipity brings.

But without the confidence to hold steadfast in the face of detractors, you might just let go of the golden ticket. Successful entrepreneurs strike a fine balance between being open to potentially beneficial outside perspectives and becoming aimless. 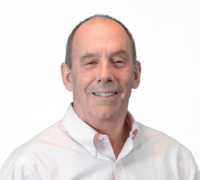 Adjunct Professor of Entrepreneurship and Management

Jim is an IMD Adjunct Professor of Entrepreneurship and Management. His current projects include teaching in Lausanne, London and Silicon Valley, research on disruption, and various strategy, networking, customer-centricity and innovation mandates with multinationals in Europe, Asia and the US. 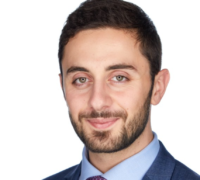 Matthieu Manzoni is currently a Project Manager for Strategyzer’s Coach Assessment Center. He previously worked as Research Assistant for both the Concordia University and the McGill University, where he graduated with a Bachelor of Arts (BA, Sociology and Psychology). He did an internship with Deloitte France, as a Junior Consultant, and has also worked as a Brand Content Analyst (Arcos Dorados). Why is the second largest economy only 16th in global competitiveness? Size and state dominance may still be partly to blame, but the People’s Republic is moving in the right direction, writes... The idea of an inclusive strategy can be rather daunting, as getting input from your whole company can entail some pitfalls, but the benefits in the long term outweigh the risk. ... Don’t return to work; reimagine it

Many businesses are mandating rigid approaches to returning to the office. Instead, leaders should focus on leveraging what we have learned about work through the pandemic and organize schedules and space around...