Concerns over “tit for tat” retaliatory measures in the wake of the controversial visit to Taiwan by Nancy Pelosi, speaker of the US House of Representatives, have underlined the urgent need for companies to reassess and overhaul their supply chains to counter increased global uncertainty.

Anxiety about Taiwan has risen rapidly this month as Pelosi flew to Taipei in the highest-level visit by an American official since Newt Gingrich in 1997.

As Beijing launched military maneuvers around the island in response, and amid strong rhetoric from Washington, the tense situation underscored the rising and unpredictable nature of global geopolitical risk.

The crisis presents several supply chain issues, from a worsening of the semiconductor shortage (Taiwan is the main global producer of these crucial chips used in cars and consumer electronics) to a build-up of excess inventory to guard against future supply disruption. Another issue is the inflated costs caused by the diversification of supply chains away from China, a process that already began because of the country’s strict lockdowns through the COVID-19 pandemic.

Firms are naturally concerned about the inflammation of trade tensions, and the fracturing of the global economy into trading blocs. As the world’s biggest consumer market and factory floor, China has already imposed trade sanctions against Taiwan to punish the country economically for Pelosi’s visit.

US President Joe Biden has this year sought to counter China’s influence in the region by boosting economic engagement in Asia and launching a trade initiative with 12 Indo-Pacific countries including Japan, Australia, New Zealand, and South Africa. China is part of a separate broader trade deal with 15 nations that lowers tariffs to boost market access, so companies may ultimately have to choose which bloc they wish to deal with.

Executives, therefore, should already be thinking about contingency planning, with likely responses including building additional stocks as a buffer against disruption and diversifying supply chains. As the Taiwan situation evolves, organizations can take the following three steps to guard against the potential impact.

When it comes to contingency planning, one short-term response to guard against potential supply chain disruption is to build up additional supplies of components. The global chip shortage has already hit production and profits in the car industry and is threatening the supply of consumer technology products too.

Big producers are likely to ask suppliers to build up a couple of months’ worth of components to ensure continuity in the event of disruption. This approach could be risky, however, given falling consumer confidence and rising inflation eating into household spending power. If companies do not use the extra components, suppliers could be left out of pocket.

There is already an oversupply risk, with companies including US retail giant Walmart issuing a profit warning because of a backlog of inventory, and food and fuel inflation affecting how customers spend and resulting in a shift from goods to services. The group is having to discount merchandise to clear excess inventory.

And then there is the bullwhip effect when sudden spikes in demand are amplified upstream in the supply chain – from the consumer to the retailer to the distributor to the producer – which races to increase production for demand that doesn’t really exist. This causes inefficiencies and higher costs stemming from excess inventory, lost revenues, and superfluous capacity.

To combat this, companies should be tracking consumer behavior so they can make longer-term predictions. Also critical is visibility across the entire supply chain to track products and components and get a clear view of inventory levels and activity. This will support cost controls through management of inventory and help to limit disruptions.

When components are unavailable, companies may look to redesign their products and make them using alternative supplies. Cooking oils, for example, have been hit by the war in Ukraine, which is a major producer of sunflower oil. This has forced Unilever, the consumer goods giant, to substitute such oils for cheaper options to avoid passing on the full rise in input costs to its consumers.

Any increased tariffs, punitive sanctions, or disruptions caused by the situation in Taiwan are likely to reshape global supply chains even further, pushing companies to curb their dependencies on countries affected by sanctions and moving more of their operations onshore, or nearshore – closer to their main consumer markets. This shift in focus from cost to risk, in order to build additional resilience, would accelerate the reversal of the decades-long drive for efficiency in which companies moved production to lower-wage locations.

Tension over Taiwan is likely to remain on the radar for business leaders, underlining the challenges of rising geopolitical risk in an increasingly uncertain world. But, by considering these three steps, organizations can take action now to offset some of the risks and soften any impact on their supply chains. 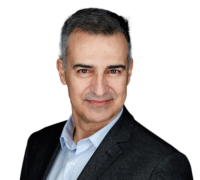 As the shipping and energy industries face the biggest regulatory and market transition in 30 years, Wärtsilä’s CEO calls on leaders to accelerate decarbonization in an exclusive IMD CEO Dialogue.... Taking a full supply chain perspective on sustainability has never been more urgent....