Tesla’s full-year results show that it has navigated the supply chain challenges and chip shortages that have frozen the rest of the auto industry. This is a far cry from the electric car company’s embarrassing display of Silicon Valley hubris and results a few years ago, as it ramped up the Model 3, when it had failed to appreciate either the complexities of car manufacturing or the business drivers of I4.0. Now, some of that Silicon Valley skill has become a competitive advantage, say Ralf W. Seifert  and Richard Markoff.

Tesla has reported a record net profit of $2.32 billion in the fourth quarter of 2021, showing that Elon Musk’s pioneering electric car company has weathered the supply chain congestion better than its competitors, providing a real-world demonstration of supply chain principles that have been long understood but have proven difficult to implement.

When Tesla set out to build its factory in California for the widely anticipated Model 3, the company set out to rethink car manufacturing. The CEO, Elon Musk, loudly claimed that existing car plants were “tortoises”; Tesla, he said, would build a nearly fully automated facility on the cutting edge of the growing trend that was coming to be known as “Industry 4.0”.

To many supply chain veterans, this sounded a lot like Silicon Valley talk of disruption that they had heard in other industries. Innovations are always welcome, but the excess of the rhetoric gave the impression that Musk felt that there was a lack of competence in car manufacturing, and he was coming to solve the problem.

When Tesla was beset by a long, public series of production delays, safety, and quality issues, it became clear that Musk had to change course. The company hired workers and scaled back its technology and automation ambitions. By the time the Model 3 was supplying reliable volumes to a waiting market, the factory very much resembled those of its peers.

For many supply chain managers, the story of the Model 3 is a cautionary tale of automation. The selection and implementation of digital technologies should stem from clear business drivers, meshing with a business strategy, an understanding of the benefits, and a clear implementation plan. Tesla had tried to implement automation and technology for its own sake, rather than from an identified need or benefit. Industry 4.0 is not a principle to be obeyed, it is a tool in service of a strategy.

Thinking like a tech company can have benefits, however. Most are now aware of the supply shortage of semiconductors that has been impacting manufacturing across sectors and regions since the start of 2021.

Particularly hard hit has been the automotive sector. Like any product with digital capabilities, cars require several small semiconductor chips. These chips are not an expensive component in the car, there are only two to three dozen in each, but they are essential and without them production is halted, with stoppages that are continuing to impact every major car manufacturer.

Tesla has managed to avoid the brunt of the crisis in semiconductor supply, and how the manufacturer has done it should be of interest to every supply chain manager.

Just as Tesla insisted on controlling its battery supply chain when it built the Gigafactory in Nevada, the company built in-house capability to write the software code that runs its cars, whereas its competitors relied on suppliers for this expertise. Though it stretched the core competency scope and was more expensive, this decision gave Tesla the ability to rewrite its software code to accommodate and work with whatever semiconductors the company was able to procure. Tesla’s control and agility over its software provided the company with inherent flexibility to change suppliers and semiconductors as needed. Its intimacy with its onboard computer design and software also pushed it to standardize chips, so each car has fewer chip SKUs to procure.

In addition to needing fewer chip SKUs and being flexible to accommodate substitutes, it’s worth pointing out that Tesla has few finished product SKUs. There are only four models of Tesla vehicles, compared to over 40 passenger vehicle models for Toyota, the world’s largest manufacturer.

A story with many morals

Through its learning curve in becoming a car manufacturer, Tesla has shown us how critical it is to approach supply chain digitalization within the framework of a business strategy and context, respecting and leveraging the knowledge of the firm rather than seeking to supplant it.

With those growing pains behind it, Tesla is now providing valuable lessons on the power of building in flexibility, seeking design standardization where possible, and the costs of complexity that large SKU portfolios can bring. 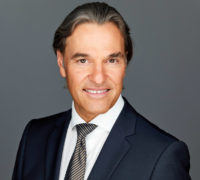 Richard Markoff is a supply chain researcher, consultant, coach, and lecturer. He has worked in supply chain for L’Oréal for 22 years, in Canada, the US and France, spanning the entire value chain from manufacturing to customer collaboration. He is also Co-Founder and Operating Partner of the Venture Capital firm Innovobot.