These words of warning came from Professor Stéphane JG Girod during an I by IMD Book Club webinar hosted by Professor Phil Rosenzweig. Girod was answering questions on his recent book, “Resetting Management: Thrive with Agility in the Age of Uncertainty” (co-authored with Martin Králik), which offers precise guidelines – the fruit of research at large corporations – for reversing this all-too-common play-not-to-lose approach.

Whether the defensive attitude prevails because a manager’s career progression depends on not making mistakes, or because a firm has fallen into the success trap – or is trying to avoid risk – this is what Girod refers to as “the stability part”.

Re-routing towards agility involves companies getting nimbler without becoming chaotic. After all, there are constraints that must be worked around, such as the need to regularly reward shareholders.

A second level of competing demands concerns juggling simplicity and complexity; in other words, getting the best out of both worlds. So how do you reconcile the various tensions between being stable yet nimble, and complex yet simple?

First things first: don’t get stuck in the language. “Whether you prefer to call it modernizing or future-proofing, the point is to focus on the capabilities themselves,” said Girod.

Many companies fall short in terms of renewing their source of competitive advantage. Yes, they may have a core business that’s thriving. But the question remains: are they doing enough to explore their next businesses – their S curves – at the same time?

There are many stumbling blocks along the path to doing so, namely politics, disagreement among top management and not rewarding management for innovation. “These all create processes where, in large organizations, you kill the next businesses,” said Girod.

Siemens is a good example of a company that made holistic efforts to achieve strategic agility. It moved into the Internet of Things through data platform strategies by rewarding its nine divisional heads for the success of both future businesses and core businesses. Together, these heads co-created the next dimension through this new governance model.

Netflix is a good example of the way in which balancing complexity and simplicity can be equally successful. “Many companies are rigid because they have either too few or too many countries, products, or customer segments to mitigate uncertainty,” said Girod.

“The way they arbitrage between these dimensions of their portfolio is too often based on aggregated averages, but these hide a lot of granular insights. As such, data analytics may be the missing link for not leaving too much money on the table but on the other hand not having an overly complex set of portfolios.”

He explained how Netflix manages to contain the number of films and programs on a global scale, and yet is able to customize its marketing approaches and recommendations for some 1,200 customer segments.

“Behind the scenes, they have been through waves of data integration, breaking down silos, and opening the codes inside the firm so they could run powerful algorithms and become more accurate by customer segment, all the while sufficiently handling – without too much complexity – the product portfolio.”

Empowering teams within a framework

Small, cross-functional teams that are empowered to innovate around customers are key to agility. Applying agile methodology can really help here, such as collecting customer feedback, which is very useful in times of uncertainty.

But, Girod emphasized, the empowerment of teams needs to happen within a frame. “If small teams start to innovate in every direction, then how can you deliver your strategy as a company?

“Do ask what the purpose is in what the teams are doing, but don’t micromanage them. Instead, give them the direction and the roadmap to get there.”

Digital is an important outcome but also a powerful enabler of agility through the transparency of data it can bring. Digital teams need to work with other teams in the organization: that’s why cross-functionality aligned around other objectives is key to a business’ journey towards agility. The same applies to delivering a sustainability strategy.

Managers: leave your ego behind

Senior managers are frequently aware of the potential of new organizational models, but misleadingly think they are going to lose their power by adopting them. The fact is, said Girod, you don’t lose power as a leader with the new models; you shift roles and responsibilities.

“You should still have the tough conversations and allocate the budgets, but you should also help employees to discover their potential by embracing more of a coaching leadership style. Doing so will help bring innovation and entrepreneurship into the company,” he explained.

Finally, leaders must always remember they cannot get the answers to the challenges of a fast-changing, highly unpredictable environment alone: instead, resetting management is about looking at how to create a greater impact by collaborating in the workforce and the organization, to address the challenges ahead of all of us.

Professor Girod will be directing the next Reinventing Luxury Lab on future–proofing luxury bands in highly volatile times, which will be hosted exclusively at Lamborghini in Bologna in October this year. Find out more here.

Professor of Strategy and Organizational Innovation

Stéphane J.G. Girod is Professor of Strategy and Organizational Innovation at IMD. His research, teaching and consulting interests center around agility at the strategy, organizational and leadership levels in response to disruption. At IMD, he is also Program Director of Reinventing Luxury Lab and Program Co-Director of Digital Execution.

Emotional intelligence may be the key to an agile organization

To be an agile leader, you must foster your emotional intelligence. While many executives find it frightening to allow themselves to be emotional in a professional setting, it’s required to have the... 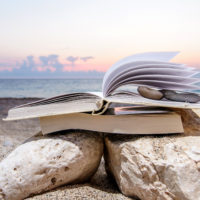 Books to inspire, inform and entertain

From dealing with burnout and bullsh*t to the joys of friendship and climbing mountains, IMD professors offer a varied choice of summer reading material ...