How China’s retail revolution puts consumers’ needs at the center

Nie, Professor of Leadership and Change Management and Greeven, Professor of Innovation and Strategy, were discussing their new book The Future of Global Retail: Learning from China’s Retail Revolution, which was written with Yunfei Feng, a Research Associate at IMD, and James Wang, an economist and Professor of Finance at City University of Hong Kong. The book examines how Chinese companies have built up an ecosystem that supports new digital retail concepts, such as life style ecommerce, social commerce, and livestreaming among others. Putting the consumer’s needs at the center of strategy, China’s retail leaders have reconceived the value chain and reinvented the retail model, delivering a relevant retail experience to consumers.

For a deeper look at these new retail concepts, see this article.

One striking example of a new retail concept from the book is Mr Lipstick, a livestreamer whose name reflects his expertise on everything to do with lipstick. At the start of his livestreams there can be up to 250 million people watching his recommendations live. Giving one person such power over consumer buying habits, completely changes the dynamics between consumers and brands, said Greeven. Some 40% of online retail in China now occurs via livestream, with other notable livestreamers including Mr Handbag.

A key feature of these new concepts is that they have managed to merge online and offline channels with the help of artificial intelligence, noted Nie. This even applies to the notably tricky area of fresh produce with some platform companies going upstream and building their own farms so that they can supply consumers quickly.  While the merging of online and offline selling of fresh produce has yet to prove its profitability, companies are offering this service as just one part of their ecosystem of activities.

Both conceded that the new retail revolution is not without its challenges. There are concerns about data surveillance and sustainability, although a grassroots push by younger consumers is forcing the big platforms like Alibaba to think about recyclable packaging and making their supply chains more sustainable.

So what are the lessons for business leaders in other parts of the world?

A key driver of these trends are consumer needs, said Greeven. All these innovations arise from business models that are trying to solve a problem, such as: what is the best way to learn about lipstick? These companies have recognised consumer problems and tried to solve them in interesting and innovative ways.

With the likes of Microsoft betting on people spending more time in the digital world with its $69 billion acquisition of video game company Activision Blizzard, will Chinese forerunners soon face more competition? Greeven noted that other retail giants, like Walmart, have already moved into livestreaming, and both professors expect it to remain a very dynamic space, making it hard to call out tomorrow’s winners, let alone those further in the future.

As discussion moderator Phil Rosenzweig summed up: “There’s never an ultimate winner, there’s one who has not yet lost.”

The Future of Global Retail: Learning from China’s Retail Revolution is published by Routledge. Winter Nie’s expertise lies at the intersection of leadership and change management. Her work shows that the role of leadership is not to eliminate but skillfully navigate through these tensions into the future. She works with organizations on change at the individual, team, and organizational levels, looking beyond surface rationality into the unconscious forces below that shape the direction and speed of change. 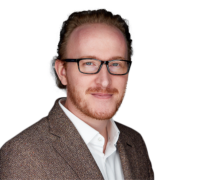 Mark Greeven is Professor of Innovation and Strategy at IMD. Drawing on a decade of experience in research, teaching and consulting in China, Mark explores how to organize innovation in a turbulent world.