Society must take action to change gender norms and encourage more girls to study STEM subjects if we are to improve the pipeline of women tech talent and leaders said Heather Cairns-Lee, Adjunct Professor of Leadership at IMD and Dr Monica Dell’Anna, Chairman of the Board of B Capital in a webinar hosted by Dr Peter Lorange, Honorary President of IMD.

Technology is upending the world of business, creating strong demand for employees and leaders with technical backgrounds. Yet currently only around a quarter of roles in computing, engineering and manufacturing, and finance are filled by women, said Cairns-Lee.

The picture is similar at some of the world’s biggest technology companies. Women hold just 23% of technical positions and 33% of leadership roles at Facebook, and just 17% and 6% respectively at Samsung.

The increasingly volatile, uncertain, complex and ambiguous nature of the world will require a diverse set of future leaders who can adapt to the rapid pace of change. Excluding 50% of the talent pool will only be to the detriment of business and society. Indeed, the COVID-19 pandemics showed that countries with women leaders at the helm tended to handle the crisis better than those ran by men.

So what is preventing women from entering and advancing in these industries?

According to Cairns-Lee and Dell’Anna the barriers are erected early in life, with girls given the impression from an early age that the STEM (Science, Technology, Engineering and Maths) subjects are more appropriate for boys.

Some organizations are working to challenge these gender stereotypes. The Let Toys Be Toys campaign is asking the toy and publishing industry to stop promoting certain toys and books as only suitable for boys or girls, while the L’Oreal-UNESCO For Women in Science foundation is working to encourage girls to study science and promote women researchers. Likewise, the mission of Girls Who Code is to build a pipeline of future women engineers. Alarmingly, more women were going into computing 30 years ago then they are today, said Cairns-Lee

The factors depleting the pipeline of women leaders are both cultural and structural, said Dell’Anna.

For a start there is a lack of role models. Just 41 of the Fortune 500 companies are women and they make up less than a quarter of parliamentary leaders. They hold just 16.9% of global board seats according to non-profit Catalyst and have won only 59 of the 962 Nobel Prizes awarded between 1901 and 2020. Even in popular culture, women are underrepresented, with male characters in films outnumbering female characters 2:1. And business schools also have work to do, since just 10% of business school case studies have a female protagonist.

A lack of structures to support families also lead to some women dropping out of the workforce when they have children. The covid-19 pandemic has exacerbated women’s caring roles and rolled back the advancement of gender equality according to the UN.

Claudia Goldin, an economics professor at Harvard University coined the term ‘Greedy Jobs’ for roles with long hours that are highly paid. Once couples have children, they often make the financially savvy decision to have one person (usually the man) stay in the greedy job while the woman works more flexibly. In order to create a more equitable society we need couples to be able to manage the intersection of care and career between them, rather than fall back on assumptions learned early in life that caring is for women and career is for men.

So what can leaders do?

Organizations need to challenge the gendered assumptions of leadership that presents unique challenges to female leaders. Organizations need to create more flexible working environments and also provide infrastructure and policies to support working women, such as on-site kindergartens or parental leave for both mothers and fathers to encourage men to take time out to care for children or elderly relatives. Women’s networking groups are an important way to provide support, build networks, and encourage women to aim high and take board seats.

Cairns-Lee says that one silver lining of the pandemic is that all workers – men, women, parents and those without dependents – say support for flexible working will be important after the pandemic to create more inclusive cultures where people can thrive.

With the battle for talent fierce, companies with inclusive cultures will find themselves at a competitive advantage. According to McKinsey, 47% of employees are likely to stay at a firm if it has an inclusive culture.

“The pandemic has been a revolution,” said Dell’Anna. “Employees are much more ready to say what their needs are. It will be extremely difficult for any company to try and ignore this because they will lose people.” 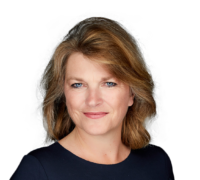 Adjunct Professor of Leadership at IMD

Heather Cairns-Lee is Adjunct Professor of Leadership and a member of IMD’s Equity, Inclusion and Diversity Council. She also President of Business Professional Women Lake Geneva, where she is an advocate for gender equity.

‘Conducting the virtual orchestra’ – The future of management education

The COVID-19 pandemic accelerated the use of technology in management education. IMD Honorary President Peter Lorange discusses the impact of hybrid learning on leadership training and shares his tips on how to...

Finance experts debunk myths surrounding crypto’s complexity and energy efficiency, and predict the specific ways in which it is likely to coexist alongside rival currencies. ...

The human-centered approach to problem-solving holds the key to unlocking both high-value opportunities for customers, and driving strategic change within organizations. ...