Alexis Nasard has a dizzying CV. Originally from Lebanon, he studied engineering there before moving to the US for an MBA. He cut his teeth at Procter & Gamble, the consumer goods bellwether, where he spent 17 years climbing up the corporate ladder, in a number of marketing and general management roles.

Then, he spent six years at Heineken, the world’s second-biggest brewer, where he reached the position of Global Chief Marketing Officer and President of Western Europe.

Nasard soared to a new career peak in 2016 when he became Chief Executive Officer at Bata, the world’s largest shoemaker. Then last year, he stepped down to become the CEO of Kantar, the market data business — only to exit the company after four months in the job.

Nasard shared his key lessons in leadership in this wide-ranging interview touching on the virtues of inclusive capitalism, crisis management — and staying humble.

How has your childhood shaped your outlook on life and business?

First of all, Lebanon is an extraordinarily diverse place, whether it is mentalities, communities, styles, architecture. So it is a true cauldron of learning in that sense.

The second thing is what I call the semi-civil war from 1975 to 1990. That time was not easy. But it also inculcated in me the notion not to take anything for granted. When I went to the US and I heard of people taking one-year sabbaticals to find their inner soul — that was a bit outlandish for me. At that time, for me it was [about] survival, success, and elbowing your way through life.

I still have some instincts that I maintain: I always have a very clear and acute consciousness of where my passport, my wallet and my keys are — because you never know when you have to hit the road.

At the end of that so-called civil war, my family’s business went bankrupt. And to go from being a privileged kid, to all of a sudden becoming a provider, was quite formative for me.

You moved from Lebanon to Berkeley, then after a short stint at Bechtel, you joined P&G. Tell us about the company and what you learned there.

There are three things that P&G will teach you better than anybody else. First of all, it teaches you sharpness of thinking. When I joined P&G, I had to write a one-page memo about some consumer attitude research. My boss had me rewrite it 18 times. I hated his guts at that moment. But it is a school of incredible rigor. A number is a number. A date is a date. A delivery task is a delivery task. And everything has to tie in together.

The second thing is brevity. Today, I sit at management meetings with PowerPoint decks of up to 220 slides. I find that an extraordinary waste of time. Generally speaking, when you are brief, your thinking is sharpened before it even has the opportunity to be criticized. It’s more respectful of other people’s time, and it’s more productive in meetings.

Last but not least is brand management. Most of the brands in P&G are in fairly unsexy categories, right? I mean, soap and detergents and diapers. It’s not easy to build brands in categories like that. It requires incredible discipline, and very robust IP, in terms of brand management development. That is why these brands endure. On these three things, I think P&G is pretty unbeatable.

When does rigor stop and bureaucracy start?

There is sometimes a tendency towards narrow perfectionism, which sometimes becomes bureaucratic. Which, at that time, was a bit of a weakness of the company in the sense that things were sometimes slower than they needed to be. The hit rate [a measure of business performance] was always high, and the risk profile was very low, but it took time, and sometimes it gave competitors an advantage. So there is a balancing act to be made.

You spent five years at Heineken. Can you share some insights into the company?

When I was appointed President of [Western] Europe, the company had not grown its market share in the region for more than 10 years. We developed the new strategy to revive Europe, called “not an inch back”. I believe in the power of words and language. Because when you run an organization of several thousand people, none of them will ever remember corporate platitudes. Colorful, accurate and representative words flow through an organization like olive oil — and they stick.

We were much better brand managers than anybody else. We could build cool brands people remember. And that’s something we drove hard. Because of the cost-cutting exercises before, people cut into marketing costs. That was a mistake. You don’t cut into your competitive advantage.

We also developed an innovation agenda. At the time I joined Heineken in 2010, the beer industry had an average innovation rate of 0.4% and Heineken had 1%. When I left, it was close to 15%. What’s beautiful about innovation is that everybody wins. You just enlarge the pie.

The company also had a solid position in the on-trade [market] — bars, restaurants, hotels. And since these were complex to operate, for a long time they weren’t paid enough attention. Whereas in reality, is there a better place to build brand equity than a fantastic restaurant or a cool bar, especially if you’re selling premium brands? So we doubled down on that. These three moves allowed us to regain the offensive in Europe and grow profitably after 10 years of decline.

And then the opportunity to join Bata came up. What led you to accept this opportunity?

A mix of things. First of all, I love fashion, I love design. That’s the frivolous part in me. Second, I was always very intrigued by retail because, as a brand-builder, this is a dream to control the consumer experience entirely. The third thing is, I was ready to be CEO.

What was the challenge, and the opportunity that you saw at Bata?

The company’s performance was flattish, and in some parts of the world, it was outright difficult, particularly Europe. I believe that the origin of your brand [its historical market] needs to remain healthy, because it’s a fundamental part of your brand equity. Your capital city needs to be spick and span, always.

The second thing was that we were complete laggards in the digital revolution. Our omni-channel [platform] was in its early phases. It was very localized. There was no global platform. And it was not connected to the supply chain, nor the CRM [customer relationship management process]. And the ultimate triangle you want to have in vertical retail [designing, producing and selling your own products] is when you have your pipes connected: e-commerce, CRM, and supply chain.

You led this global company during the COVID-19 crisis. What was the biggest challenge you faced?

Number one is cash. Cash is not sexy, but it’s the lifeline of any business. We had to immediately create a “cash is king cabinet”. I was with the CFO and these guys every day looking at how we could optimize cash [flow]. The second [challenge] was [the] supply chain. China was problematic. How do we deviate the supply chain away from China? China was the first to [reopen after lockdown]. How do we recuperate the contracts without losing face with our suppliers?

Third is safety measures. How do you reassure consumers that it’s safe to come and try our products? We never had to do things like that [before]. Fourth is morale. When you’re not delivering good results, when many of us took a pay cut, how do you keep people positive, motivated, and hopeful?

Last but not least is internal communication. Lots of people are [happy] about Zoom. I am not like that. It has its positives, it meets some needs, but I don’t think it replaces face-to-face contact, unless you know the people you’re dealing with, and you’re managing a process that is familiar. It’s much more formal, prone to misunderstandings and potential unnecessary conflicts. “Humility is very valuable because you are cognisant of your risks, your mistakes, and what you need to learn”

In late 2020, you agreed to join Kantar. Four months later, the mayonnaise didn’t take. What happened?

The job was not what they — nor I — thought it was going to be. It was different in nature. We, collectively, decided to call it a day — because it would be less consequential for myself and for the company if we made that decision earlier rather than doing it later. We’re leaving on very good terms.

I’ve always consciously worked on myself, until a point in time where I said I’m working too much on myself. Because if you do too much, you’re not authentic anymore. There is a fine line.

There are some things that stayed the same. I’m still curious. I’m still very eager to learn new things. I’m sociable, I like to meet people. I’ve never been serious or dull. Even if you’re running a big company, that doesn’t prevent you from having a little bit of fun.

[But] I’ve become more intellectually humble. There is nothing wrong with confidence, but humility is very valuable because you are cognisant of your risks, your mistakes, and what you need to learn.

The other thing I’ve learned over time is the power of collective success. I really believe in the virtues of inclusive capitalism, when shareholders, management, employees, communities, consumers, distributors and governments win together. It’s much better for the environment, and it’s much more sustainable, economically.

Will that belief influence the next step in your career?

In every way. Every crisis the world suffered from came from a lack of inclusive capitalism. Now I’m not promoting Trotskyism, but I think we have some way to go to create a society that is more equal than it has been. I believe in making the world a better place. 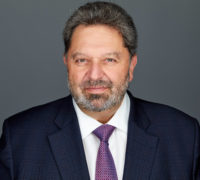 Jean-François Manzoni is the President of IMD, where he also serves as the Nestlé Professor. His research, teaching, and consulting activities are focused on leadership, the development of high-performance organizations and corporate governance. This interview is part of The CEO Interview Series, which you can watch or listen to in podcast form.

A decade ago, spirits maker Suntory was primarily a Japanese business. Now, it’s well on the way to being a global one, Takeshi Niinami, the first outsider to lead the family-run business...

How China’s retail revolution puts consumers’ needs at the center

Like it or not, the revolution in homeworking is here to stay. To reap benefits, managers must harmonize collaboration, foster inclusivity and beat staff burnout. ...

Focus on execution for digital transformation at scale